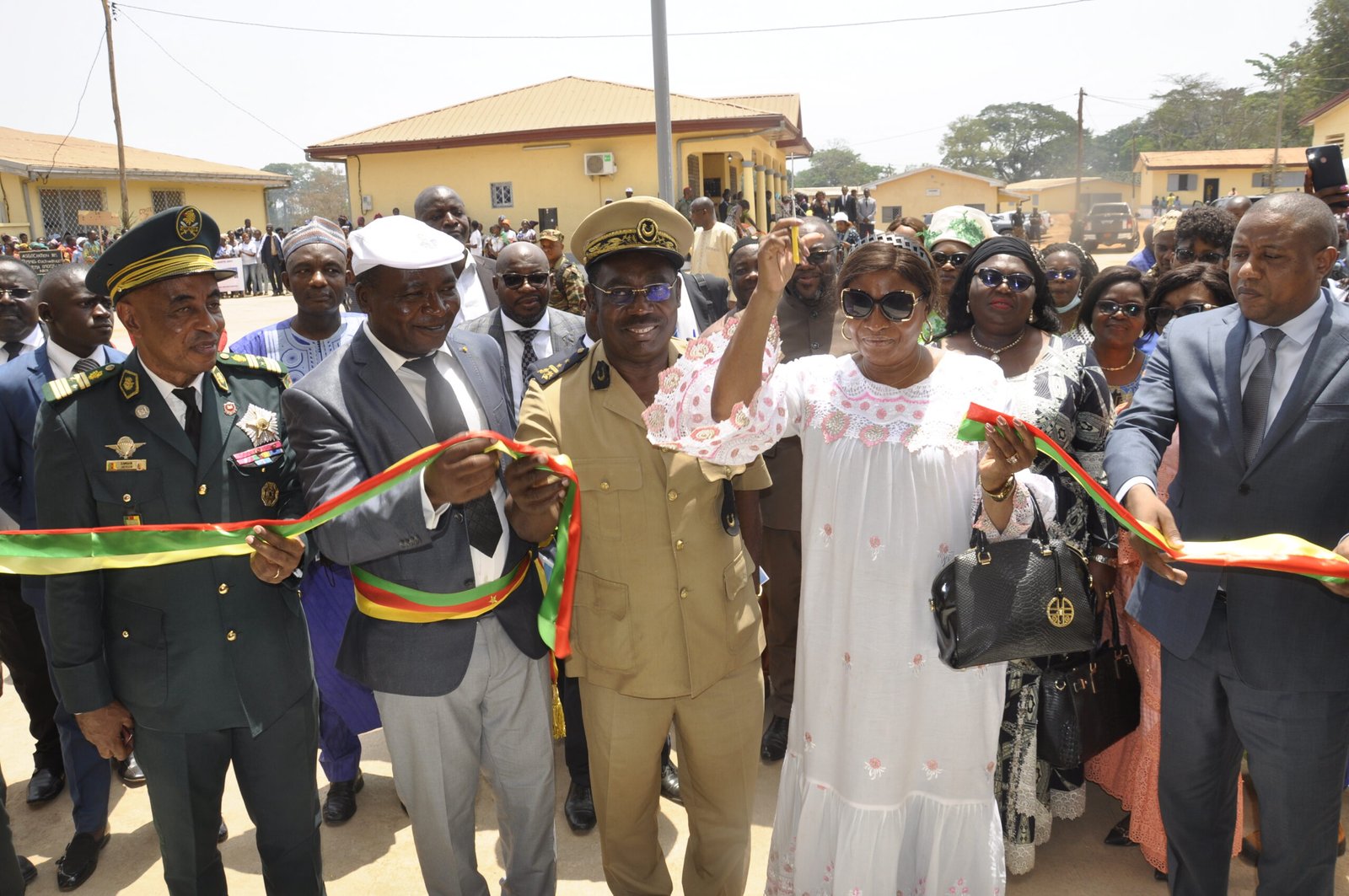 Friday, 25th February 2022 marked an historic day and a new journey for the Cameroonian institution for childhood situated in the locality of Betamba, some kilometers away from Ntui, the chief town of the Mbam and Kim Division of the Center region. The 65 years old edifice was rehabilitated and equipped by the ministry of social affairs within the framework of its strategic plan to modernize the Cameroonian institution for childhood, with the expertise of the military engineering corps.

During the official ceremony, Social affairs’ patroness, Pauline Irene Nguene expressed her satisfaction to have seen the achievements of works that were conducted despite threats from the COVID-19 pandemic. Yet, more hopes are focused on how to increase the numbers of children and young people in dire need of reinsertion in the society.

As underscored by the Minister of social affairs, one of the main challenges is that of maintaining in good shape and state the modern buildings that were officially inaugurated.

In her keynote address, she instructed the Director of the Cameroon institution for childhood (ICE) of Betamba to make good use of the modern buildings and equipment that were set-up by the military engineering corps.

In a 15 to 20 minutes guided tour, the Minister of social affairs and other officials who were part of the journey like the Secretary General at the Ministry of Defense, the Secretary General of MINAS just to name these few were ushered into the various offices, dormitories, conference rooms, classes and refectories in order to witness the new look of the Betamba center.

The Betamba institution as observed by the Minister and other officials present on the spot, has doubled its capacity (240 pensioners and 500 semi-pensioners). It stands as the largest in Cameroon that will be offering a socially inclusive treatment and follow-up to orphans, vulnerable and street children as well as others willing to pursue trainings in the center.

Speaking to media practitioners, Pauline Irene Nguene said: “I think we are really satisfied for two main reasons. First of all, the project is in line with the social protection policy defined by the Head of state, so, we are sure that at least we didn’t go on side, we didn’t start this project anyhow, it is really in line with the social protection policy of the Head of state, Paul Biya. The second reason is that, the project was done with the expertise of the military engineering corps, so it guarantees because of the capacity which will be greater than before and more children will be welcomed here for follow-ups and vocational trainings. Like we said the other day, the will have to learn many things here so that they will be inserted in the society, at least after here they can have a job and they can be independent…”

The Minister said government is trying by all means to multiply such initiatives and there is much need to valorize the Betamba center which can act as a catalyst factor.

“We have a training center here, so many people and even children in the premises of Betamba who wish to learn something here are free to come in and it will create some resources, not only for this center but equally to run other centers.” The Minister said.

The project handed in 2017 to the military engineering corps was achieved following norms and standards in three phases.

On his part, Colonel Jackson Kamgaing, Director of the military engineering corps outlined the fact that the project has encountered a lot of hindrance starting from the fact that it is situated in a remote area.

He said: “This project was given to the military engineering corps upon high instructions of the Head of state, Commander in Chief of Armed forces, in 2017 for three (3) phases. Amongst these phases: we had the construction of buildings; rehabilitation works and the equipping phase. Amongst the buildings constructed, we can cite the administrative building which is newly constructed, a borehole that was put in place and as concerns rehabilitation works; we have the poultry rehabilitated, workshops like the carpentry, electricity workshops etc. and in addition, dormitories for children. During this 4-year project, 150 military staff and 50 civilians were dispatched on the site. One difficulties that we had here was the fact that the place was remote because when starting works there wasn’t a bridge to cross the sanaga river and the fact that it was really far from Ntui. Now that the project has been handed-over, there is mainly the security issue that needs to be taken into account because the place is really vas and the need to have a lot of security personnel to make sure that people don’t come in to vandalize the area and also the maintenance. As you see we have a lot of equipment in this projects, so they must have several teams for this maintenance…”

Created in 1952 by the colonial administration then retroceded to the government in 1968, the Cameroonian institution for childhood was officially organized under the decree of June 25, 1973. The center has since its creation welcomed over 4504 children.